In last week’s news piece in the Teddington Nub (MP requests urgent meeting with Tory peer and AHH chairman over fields future) it was reported that local MP, Munira Wilson, had intervened to request a meeting between AHH chairman, Lord Fink, and the leader of the community bid, Jonathan Dunn. Lord Fink delegated a response to this letter to his colleague at AHH, Tony Spotswood which rejected any possibility of such a meeting.

The Friends of Udney Park, who have been campaigning to retain the playing fields for community use since 2015, have been quick to respond to this rebuttal. A full copy of their letter can be read here: Trust Reply to Fink Spotswood Munira Letter

Udney Park playing fields (including the pavilion) were originally established as a memorial for the fallen of Merchants Taylor School during the First World War. The OMT sports club was opened in 1922. Udney Park remained the home for OMT until 1937 when the school was relocated to its current home in Northwood. The full history of Udney Park can be found on this site here: Udney Park History

One of his sons, Alexander, is pictured below with Boris Johnson. Boris Johnson has previously proclaimed himself to be a strong supporter of retaining Udney Park as community playing fields.

“I note Udney Park was donated to St Mary’s Medical School by Lord Beaverbrook in 1937 specifically for use as rugby union pitches. It would be an absolute scandal and an outrage if that land was lost for that purpose. My general view is that you should keep green space in London and rugby pitches should be regarded as sacrosanct” 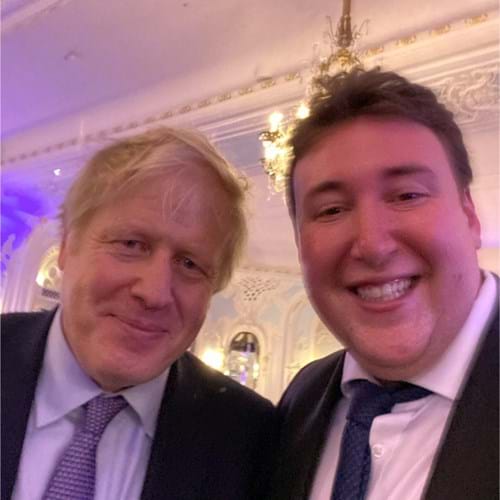 Jonathan Dunn who leads the community bid has been advised that the site owners (AHH) have accepted an offer from another party and that regrettably the community bid is not considered competitive. As things stand there will be another owner of the fields but the community bid remains in place should the other bidder get cold feet.

Udney Park continues to attract media attention. As yet there is no indication that any of this media noise will change the position of AHH/ Quantum who are selling the site.