Udney Park continues to attract media attention. As yet there is no indication that any of this media noise will change the position of AHH/ Quantum who are selling the site. Their advice is that an alternative bid has been accepted and that final terms are being agreed between the two parties.
The latest publication to include a piece on Udney Park is Private Eye see below. 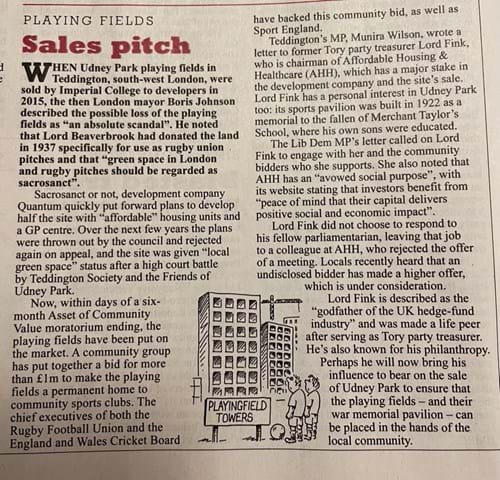 The sale of Udney Park gained national prominence at the weekend with the article below in Saturday's edition of The Times.